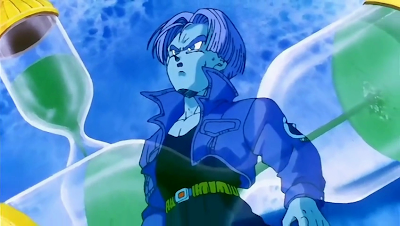 Many people live their lives without even stopping to think about the incredible universe that surrounds them. Many people would be surprised to learn that their bodies consist of 99.99% empty space and at the same time contain a virtually inconceivable amount of energy. Perhaps all matter is merely frozen light aka pure energy frozen in space time by the almighty word of God. The distance between individual molecules is astronomical compared to the size of the molecules themselves, if the nucleus of an atom where the size of a pea the electron shell surrounding it would be as big as the earth itself. In other words when I touch my keyboard i am actually touching the electron shells and energy around the particles but not the particles themselves. So truth be told I'm touching emptiness. Another misconception is when people think of temperature going up and down like a ruler when truth be told it is curved in a circle and one will eventually meet the other again. You may think I'm crazy but the bible and even science itself confirms this spiritual law. Example if you ascend to absolute heat you will encounter the speed of light which is absolute and if you descend down to absolute zero you again encounter the speed of light again which is absolute. In other words you cannot ever reach absolute zero because it would require infinite time and power to do so. The same holds true for absolute heat which would require infinite power to vibrate even one molecule at the speed of light. In other words the world of quantum physics is actually science trying to explain the laws that make up the spiritual universe. It is impossible for a human being to fathom the absolute because such a state exists outside of space and time as we know it. There appears to be more than one dead end road that points toward the absolute state of being. The amazing part is the end result is the same for each state of being.

1: The Speed of Light
When you approach the speed of light time itself slows down and if you ever reached light speed time itself would cease to exist and you would suddenly discover that you were in all places at the same time as the molecules in your body enter a state of eternal rest.

4: Infinite Power
As your power level reaches towards infinity time itself would again magically vanish and guess what you would find yourself in a state of being everywhere at once as the molecules in your body enter into a state of eternal rest.

In other words you would haft to be God in order to do any of these things and for that reason alone i agree with Einstein that it is impossible for mankind to reach the speed of light. I also find it amazing that all of these things point to the sovereignty of God and the eternal state of Sabbath rest that he dwells in. To make this point clear mankind can never reach Revelation 14:13 And I heard a voice from heaven saying unto me, Write, Blessed are the dead which die in the Lord from henceforth: Yea, saith the Spirit, that they may rest from their labours; and their works do follow them.